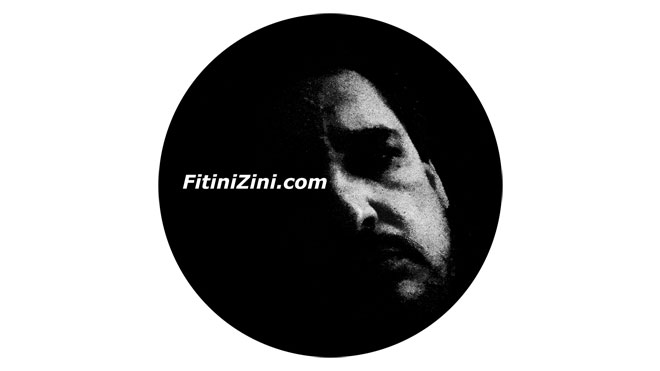 The Mistake of Al Gore

The work of the former vice-president of the United States of America Al Gore in alerting the human civilization for the Global Warming “Problem” and the consequent climate change of the Planet Earth has been sublime.

Al Gore, to the ones that know his professional and human profile, is someone truly exceptional and, with all the merit, he was awarded with the most notorious achievements of our humanity: one Hollywood Academy Oscar and the 2007 Nobel Peace Prize.

It is fantastic the way he communicates the problem that all of us are facing and how he transmits one simple message that all of us can understand. Half joking, he tells a frightening truth: he states that the Planet Earth has a Fever, is ill. And, the World scientific communities share the same opinion: the Earth is becoming ill; the Planet Earth is in danger, like it refers one program of the CNN television network: “Planet in Peril”.

However, the problem is scientifically collocated in the wrong perspective. It is not the Planet Earth that is sick. But it is the Human Civilization that is drastically accelerating its own destruction.

So, we would like to invite you to take a serious look on the problem but with a larger and global vision, throughout the Multi-Dimensional Scalable Worlds, a Theory with copyrights officially duly registered. And, from where we are going to use a few principles.

The Human Kind is not the Center of the Universe. Humans are not the superior specie above Nature and neither of all the other species. We have no rights to compromise the evolution of Nature neither of the other species. And neither must we consider that the Time-Space relative referential of the Human Kind is the absolute Time-Space referential of the Entire Universe.

In the Universe each Space Entity (constellation, star, planet, animal, vegetable, micro organism, molecule, …) belongs to its own WORLD SCALE that shares two major dimensions the LIFE SCALE (Life Time Scale) and the SPACE SCALE (Size Scale) of the Entity.

The Time and Space Relationship Principle:

Example of an empiric formula that can be applied to mammals:

The Zoom In and Zoom Out Time Acceleration existence Principle:

Because Time runs faster in smaller World Scales and slower in larger World Scales – it is proved by Empiric Scientific evidence – we can state that: TIME ACCELERATION is not 0, Time Acceleration Exists! TIME differs from World Scale to World Scale:

• TIME ACCELERATION > 0 if moving in, Zoom In, to small World Scales;

• TIME ACCELERATION < 0 if moving out, Zoom Out, to large World Scales;

• TIME ACCELERATION = 0, only when we’re stabilized in one World Scale.

Example: A human eye cannot observe in detail the dancing movements of a small paradise bird, but the female partner of the bird… can! This means that the animals belonging to a smaller World Scale are adapted by nature to their respective specific referential - where time runs faster and spaces are smaller – with smaller Life Scales and Space Scales.

The Principle that we are part of much Larger and Slower World Scales:

Can we ask to a blind born human the reason why the sea is blue? If the Entity does not percept the atmosphere color dimension, because it was never a Real Dimension in its World Scale, it is not possible for him to observe that phenomenon. The Entity only can make that justification if he is capable of creating a mathematical model where the sky color dimension is introduced as an imaginary dimension i=(-1) ˝.

RELATIVE PERSPECTIVE is the set of Real Dimensions that the Entity can percept from its World Scale.

So, the Human Kind or any other Entity, only can justify the scientific phenomena that are totally functions of Dimensions that are Real (and not Imaginary) in the World Scale of that Entity. Unless the Entity is intelligent enough to extrapolate its relative perspective using imaginary dimensions, i=(-1) ˝, in their mathematical models.

In fact, the fundamental Cosmic Life Cycle Objective of a living Entity, like us human kind, basically, it is to sustain that Matter transportation from larger world scales into smaller world scales and, consequently, to feed the interior of the Living Planet Earth.
A clear evidence of this principle is that the Planet Earth does not seem to have changed drastically its diameter over the time, but we all know that our past and history is deeply under the surface, of our Planet. So, if we really want to go back and understand our past, deeper we have to dig in the matter sedimented in layers below our feet.

The reality is very simple, the human specie, measures between 1 and 2 meters tall and lives during a life period of 60 years, in average. And it exists on the surface of another living entity, the Planet Earth, that measures around 25 thousand kilometres and already is 4500 millions years old.

The Planet Earth is around 13 millions times larger than a human. Is it possible for a human, at the naked eye, to see, on his skin, other living beings 13 millions times smaller than him? Of course not! And as we cannot see them, certainly, the Planet Earth cannot put the “eyes” on us. But the Planet for sure can feel us… like we feel the itching and the infections when certain dangerous microorganisms attack our skin.

And how is our Planet reacting to the deforestation, pollution and excess of carbon dioxide, caused by the humans? Creating a greenhouse warming effect, liquefying the poles… generating more water that with the carbon dioxide, in excess, will create more vegetation that, once more, will increase the levels of oxygen to re-activate the vegetal and animal re-generation at the Earth crust. But, probably, eliminating from the surface, the malign organisms that compromise and try to control the natural development of the Planet, or more precisely, us the Human Kind.

Such like us, we scratch ourselves when we have itching, or we change our habits when we are not feeling so good, also the Planet Earth does the same, once in while. But, the day that the Earth will decide to really “scratch herself” by the itching that we are causing or, decides to seriously modify the behavioural habits: climate, helicoidal rotation, or others that we even ignore: the actual Human Civilization will disappear!

Is it not the right moment to stop with the old habit to through on someone else our own mistakes? Is it not the time to face our own errors and to start paying seriously for the ecological atrocities that we are causing? And, why not, like Al Gore is suggesting, relating the taxes directly with the pollution factor? So, the ones that pollute more will pay more. And if you want to reduce your taxes, you just need to pollute less.

Of course it is not the Planet Earth that is ill, mother Earth has no Fever and she is not in Danger.

Who is sick, with Fever and in Danger are us, Human Civilization!

And if, after all, we are not capable to recognise it, the best is to add, once for all, what we already know long time ago:

Help and Save Yourself! The Human Civilization Is Completely Crazy!